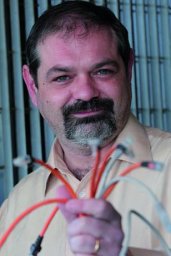 Abstract: The talk will describe spontaneous emergence of collective dynamics in networked phase oscillators. As a first step, I will discuss how synchronization may emerge in a graph. Synchronization is a process in which dynamical systems adjust some properties of their trajectories (due to their interactions, or to a driving force) so that they eventually operate in a macroscopically coherent way. A common result is that the vast majority of transitions to synchronization are of the second-order type, continuous and reversible. However, as soon as networked units with complex architectures of interaction are taken into consideration, abrupt and irreversible phenomena may take place, namely explosive synchronization, which rather remind first-order like transitions. In the second part of my talk, I will concentrate on a recently unveiled coherent state, the Bellerophon state, which is generically observed in the proximity of explosive synchronization at intermediate values of the coupling strength. Bellerophon states are multi-clustered states emerging in symmetric pairs. In these states, oscillators belonging to a given cluster are not locked in their instantaneous phases nor in their frequencies, rather they display the same long-time average frequency (a sort of effective global frequency). Moreover, Bellerophon states feature quantum traits, in that such average frequencies are all odd multiples of a fundamental rhythm. 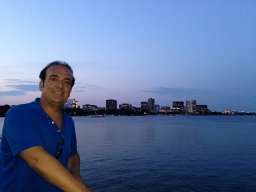 Abstract: Physics-informed neural networks (PINNs) are effective in solving inverse problems based on differential and integro-differential equations with sparse, noisy, unstructured, and multifidelity data. PINNs incorporate all available information, including governing equations (reflecting physical laws), initial-boundary conditions, and observations of quantities of interest, into a loss function to be minimized, thus recasting the original problem into an optimization problem. In this paper, we extend PINNs to parameter and function inference for integral equations such as nonlocal Poisson and nonlocal turbulence models, and we refer to them as nonlocal PINNs (nPINNs). The contribution of this work is three-fold. First, we propose a unified nonlocal Laplace operator, which converges to the classical Laplacian as one of the operator parameters, the nonlocal interaction radius δ goes to zero, and to the fractional Laplacian as δ goes to infinity. This universal operator forms a super-set of classical Laplacian and fractional Laplacian operators and, thus, has the potential to fit a broad spectrum of data sets. We provide theoretical convergence rates with respect to δ and verify them via numerical experiments. Second, we use nPINNs to estimate the two parameters, δ and α, characterizing the kernel of the unified operator. The strong non-convexity of the loss function yielding multiple (good) local minima reveals the occurrence of the operator mimicking phenomenon, that is, different pairs of estimated parameters could produce multiple solutions of comparable accuracy. Third, we propose another nonlocal operator with spatially variable order α(y), which is more suitable for modeling turbulent Couette flow. Our results show that nPINNs can jointly infer this function as well as δ. More importantly, these parameters exhibit a universal behavior with respect to the Reynolds number, a finding that contributes to our understanding of nonlocal interactions in wall-bounded turbulence. 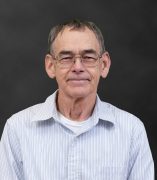 Abstract: General relativity — itself a nonlinear field theory — naturally leads to deterministic chaos. For example, the fate of a photon approaching a pair of black holes can be essentially indeterminate, even though it is governed by a deterministic set of equations. Here we explore a topic of interest to astronomers, relativists, and nonlinear dynamicists alike: the intricate structure of the shadow cast by the event horizons of a pair of black holes (BHs). An exciting era for gravitational astronomy is underway. In 2015, the first direct observation of gravitational waves (GWs), by the LIGO/Virgo collaboration, confirmed that binary black holes exist in Nature. The Event Horizon Telescope (EHT) has begun observing nearby galactic centres, such as Sagittarius A* and M87. On April 10, 2019, the first picture of a BH shadow at the center of the M87 galaxy was shown. A BH shadow is associated with the set of all photons which, when traced backwards in time from the observer, asymptote towards the event horizon of the BH. In the language of nonlinear dynamics, a BH shadow is an exit basin in an open Hamiltonian dynamical system. Motivated by the GW detections from merging binary BHs, and the future prospects of the EHT, a strand of recent work has focused on what the shadow of a pair of BHs would look like. The null geodesic equations, which describe the propagation of photons, are non-integrable, and chaotic scattering of photons emerges naturally [1]. One of the hallmarks of chaos is the presence of fractal structures in phase space. In a binary BH system, a photon meets one of three possible fates: it falls into the first BH, the second BH, or it escapes to infinity. Thus, it is natural to define three exit basins. As we shall show, across the phase space the shadow may exhibit both a regular and a fractal structure. Furthermore, in certain parts of the phase space, the three basins have the more restrictive property of Wada, with all three basins sharing a common fractal boundary. For the binary BH system, this means that a photon which starts close to a Wada boundary in phase space is uncertain and could end up in one of three final states: the photon could fall into either of the black holes, or escape to spatial infinity. Here we apply a recently-developed numerical method, the merging method [2] to test for the Wada property to study the fractal structures that arise in a binary BH model in general relativity. We have verified the Wada property in both (i) the exit basins in phase space; and (ii) exit basins on an image plane which define the shadow cast by the BHs. We have demonstrated that the BH shadow can exhibit either the partial Wada or the full Wada property, depending on the value of the BH separation. To our knowledge, this work [3] represents the first demonstration of the Wada property for a general-relativistic system. As well as demonstrating that tools from the field of chaos theory can be used to understand the rich dynamics of scattering processes in general relativity, this work highlights that there exist novel dynamical systems in gravitational physics which can be fruitfully explored by nonlinear dynamicists. This is a joint work with A. Daza (Spain), J. Shipley, and S. Dolan (UK). 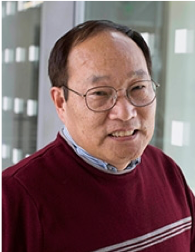 Abstract: We are now in the age of data science when machine learning and artificial intelligence are beginning to reshape the traditional engineering research.  Examples of applications of machine learning, for example, are plenty already and are still coming out in large numbers.  While the research in fault detection and diagnosis has led the way to adopt the concepts of data science, other applications are fast growing including system identification, control design and response analysis of complex nonlinear systems. This talk reports recent applications of the concepts of data science to global analysis of nonlinear dynamic systems and to the solution of Fokker-Planck-Kolmogorov (FPK) equation of nonlinear stochastic dynamic systems. We outline the steps to conduct global analysis of nonlinear dynamical systems based on the observed responses of the system only without the knowledge of the system.  We use the generalized cell mapping method as a vehicle to achieve the objective of global analysis.  Some interesting examples are presented.  For stochastic systems, we introduce a highly efficient method for finding solutions of the FPK equation of high dimensional nonlinear stochastic dynamic systems.  Both the efficiency and accuracy of the solution have been substantially improved as compared to the studies reported about four years ago. 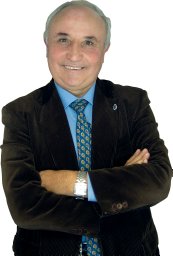 From Radiation and Space Exploration to the Fractional Calculus

Abstract: We start with basic mathematical statements about some roots of the Fractional Calculus. At the same time, we will consider some basic aspects related to the conceptual convergence with the well established experimental framework of Classical and Quatum Mechanics. Finally and in the framework of Fractional Calculus, we will analyze some fudamental issues involved in the study of the atmospheric dust dynamics and the meteorological instruments associated to the landers in the Martian missions. 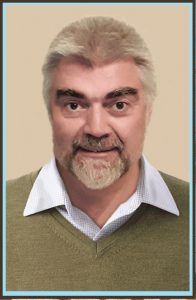 Abstract: In the proposed lecture, we discuss how structure determining the ability to move fosters entropic pressure on particles/travelers. Entropic forces are the emergent phenomena resulting from the entire system’s statistical tendency to increase its entropy. Alex Wissner-Gross and Cameron Freer recently proposed “a causal generalization of entropic forces” that they showed can induce certain patterns of behavior with some very striking characteristics. One would not guess those outcomes by looking purely at the constraint that produces them. Underlying this set of intriguing behaviors is simply the computational capability to integrate over all possible futures to maximize the rate of entropy production over an entire trajectory. The observed behavior bear striking resemblance with examples we have seen in Swarm Intelligence (e.g., ant colonies, bird flocking, animal herding, bacterial growth, and fish schooling), Communities, and in Urban studies. The process of sampling alternative paths and behaviors reveals essential features of quantum mechanics, one of which is the inclination of electrons to “explore all paths” that can be viewed as part of a search process, bounded in space by maximal causal entropy and in time by minimum coordination latency. 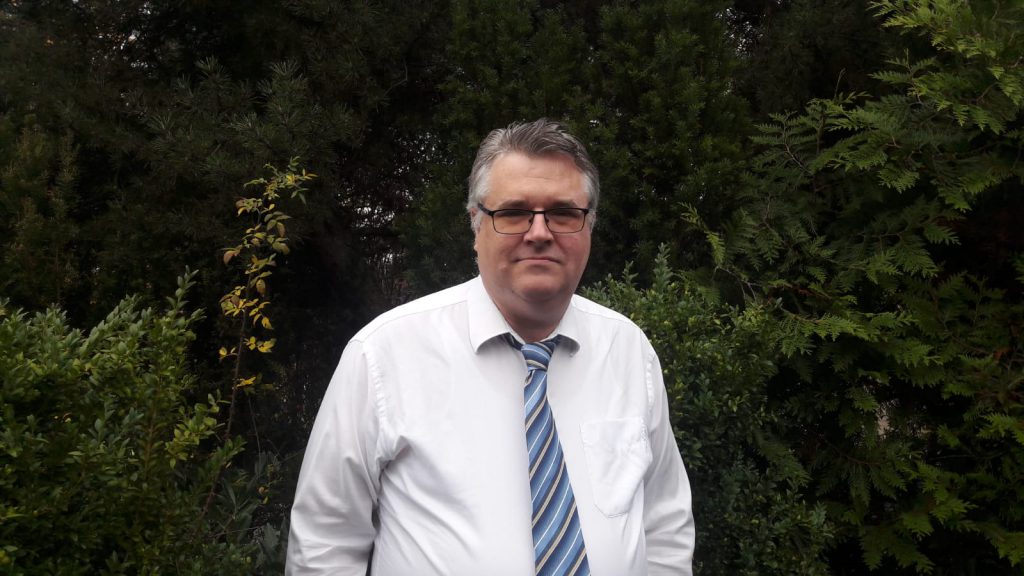 Abstract: The variance theorem from the field of statistical analysis is used to evaluate the experimental data set of a classical heat diffusion experiment measuring temperatures as a function of time on a thermocouples prepared aluminium bar. The experimental data set during heating of the bar shows a nonlinear behavior. Known mathematical concepts to describe anomalous diffusion are shortly quoted and subsequent a novel approach of evaluating the data is presented. On the basis of the fundamental solution of the homogenous diffusion equation using finite boundaries defined by the discrete positions of the thermocouples, three different linearly independent momenta: expectation value, variance, and asymmetry are determined. For each momentum the parameter: thermal diffusivity $a$ of the solution equation is calculated. The three values are in the same range and coincide well to the known technical diffusivity of aluminium.